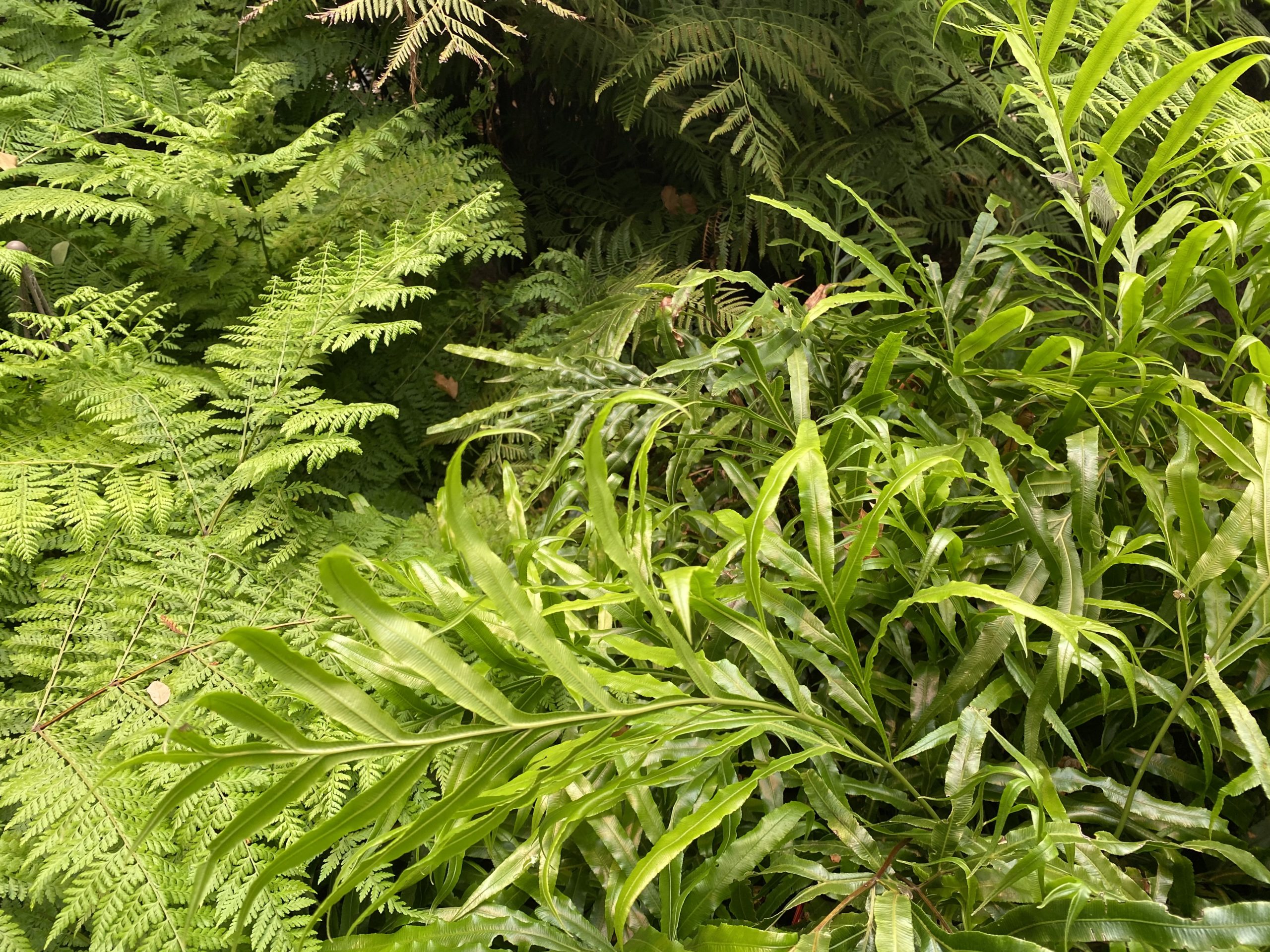 I should be sorting a talk that I am doing in Seattle in ten days, wrangling a tree order and drawing a shed but instead I am allowing myself to be distracted by a packet of Jaffa cakes and a blog post….

Just a quick supplementary post about Australia – in particular the garden created by Wendy Whiteley at Lavender Bay in Sydney. I only spent thirty minutes there on my first day in Australia but it was worth the visit. Partly because it has a good view of the harbour and the bridge – so iconic that you immediately know where you are. This may seem foolish but when you are of advancing years and suffering from jet lag then a little reassurance is always useful.

Wendy Whiteley is the widow of Brett Whiteley who is probably Australia’s most famous artist of recent years. He had hair like a tumble dried Robert Plant and wild ways – so wild that sadly he shuffled off in 1992. He made some great art along the way: landscapes, portraits and sculpture influenced by van Gogh, Francis Bacon and Australia. Go to the studio in Surry Hills if you have a moment.

Anyway, when Brett died his wife, Wendy, channelled part of her grief into gardening by beginning to clear the debris from a slice of land just below their house in Lavender Bay. It was not her land but belonged to the railway who had used it as a dump/store for years.

“Wendy hurled herself into the forlorn site, hacking away at lantana, blackberry vines and privet, clearing up dumped bottles, rusty refrigerators, rotting mattresses, labouring till she was too exhausted to think or feel, then collapsing into sleep each night. Then doing the same, the next day and the next. Wendy never asked any authorities for permission, and no one told her to stop, so she kept going.“

Gradually she created a garden – there are trees, nooks, shrubs, steps, seats, paths, sculptures, birds and all the things that one expects from a garden. She gardened every day – even more so when, a mere nine years later, her only daughter also died: it is phenomenal what some people must bear.

The result is a huge guerrilla garden built from grief, hope, love, sweat and friendship.

The land is still owned by the railway but the garden’s future is safe – provided the funds keep coming. Entry is free but donations appreciated. “Nothing disappears faster than a garden, when it is not properly maintained”

I am listening to Spem in Alium (Hope in any other) by Thomas Tallis. Seemed appropriate. For those who dont know this it was composed in 1570ish and is sung by forty voices all slowly and gradually coming together. Worth a listen.

Electricity can surely be generated from a sliced onion.

Shelley was a dab hand at making choux buns.