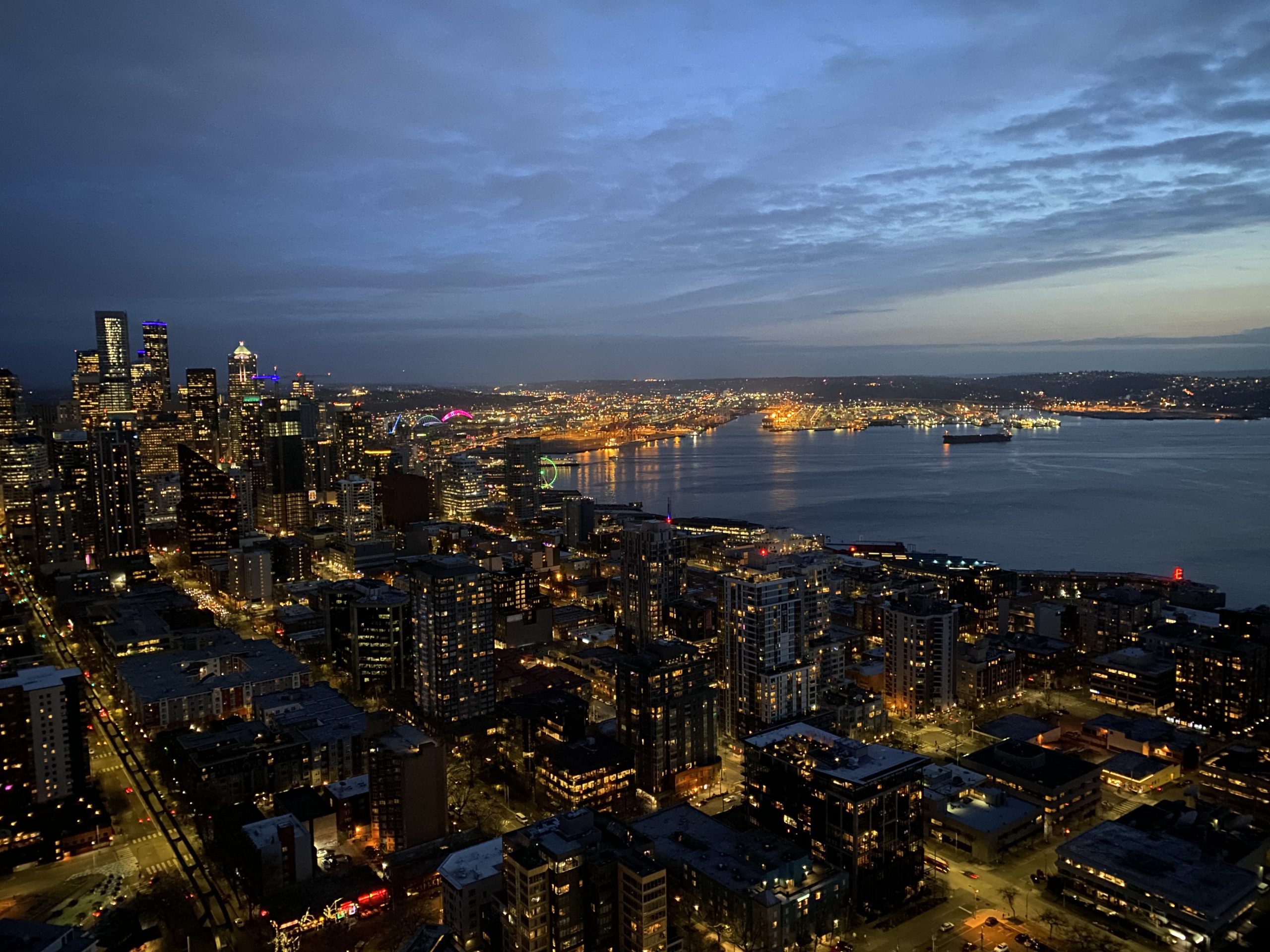 Monday
You find me writing this while eating marionberry ice cream. I have no idea at all what a Marionberry looks like but it is a pretty good way to end a busy day.

It began with two more gardens the Miller Garden and the Dunn garden. One of the things that rich Americans like to do, if they are of a horticultural bent, is to leave endowments in order that their gardens survive after they have shuffled off. Betty Miller was a hard drinking, chain smoking woman of formidable mien. By all accounts she was the sort of person you want on your side if fund raising for anything. She gardened enthusiastically and has left a good collection of plants around her house inside the gates of a private estate overlooking the Puget Sound. Her endowment supports four gardeners who keep the place looking good even though nobody lives in the house and few people visit. All arranged visits for 2020 are already booked up so the only way to get in is by taking a course or being a very lucky visitor from Britain. It must be odd, and lonely, for the gardeners sometimes to be gardening without clients or visitors.

From there to another endowed property, The Dunn Garden. It is a weaving garden- by which I mean that it fluidly sashays across the property – with some very handsome trees but needs a bit of a slap. Fortunately it has a young and energetic head gardener called Mark Mosinski who, hopefully, will do great things. Oddly the gardens weaves amongst three different properties – the original house and two newer ones.

Dan Hinkley, David Culp and I are in charge this year. David is one of the most energetic and entertaining gardeners I have met: to hear him talk of his garden is to be in need of a lie down soon afterwards. He is constantly gardening and when not gardening is executing exquisite arrangements, hybridising hellebores, organising Galanthus Galas, cooking and fizzing around the country writing books, designing and talking.

Dan is simply a legend and one of the great regrets in my gardening life is not to have met him earlier. We have fun judging (shepherded by the formidably beautiful show organiser, Janet Endsley).

It is different to RHS Shows in many ways most notably that it is inside under quite unnatural lighting. The gardens are assembled in 90 hours and extra points are given for forcing plants and bulbs into unseasonal bloom. That said there are a couple of very impressive gardens and others with some great ideas.

After the judging thing I go off to be a tourist. Dale Chihuly – whose glasswork has been shown at the Tate and at Kew – is relatively local so there is both a museum and a garden dedicated to his work. It is brightly coloured and cheerful but also a little annoying. The garden is at the foot of Seattle’s most famous landmark, the Space Needle which was built in the summer of 1962 to celebrate the world fair. You go up it is a fast lift and wander about enjoying the vertigo.

Wednesday sighed first day of the show and I feel in need of a bracing breakfast. On David’s recommendation I seek out a restaurant called the Biscuit Bitch (tag line “From trailer park to table”) which serves biscuits and gravy. Do not, however, think that this is weird agglomeration of Bourbon and Bisto. This is a simply a scone topped with bechamel sauce, cheese, scrambled egg, bacon bits and grits. It is gargantuan, the breakfast equivalent of Tyson Fury and I am defeated in about the third round. Had I been dropped into a swimming pool I would have sunk without a bubble.

I stagger back to the convention centre and am there to open the proceedings with a talk to (apparently) about 900 people. All is fine except when I kick the projector wire while pirouetting to make a point and there are no pictures until Fred the AV man is found and order is restored.
It is one of things that those of us who do lots of talks dread but forces one to adapt and flounder elegantly in the hope that nobody really notices.

I do my gig, all seems fine and I hang on to listen to Dan who is, frankly, annoyingly adorable. very witty, very knowledgeable – he is balder than I though which is something I grasp with the enthusiasm of a man slipping down a precipice clinging on to a sapling. Bit of feedback to garden creators (not designers), an interview for Bellevue Botanic Gardens and I am done for the day.

Thursday breakfast is more restrained and European then I am back to listen again to Dan and David Culp with a quick dip into the rather glamorous garden of Renny Reynolds (formerly florist and party organiser to the wild world of Studio 54). I seldom get to listen to new speakers so this is all a bit of a treat even though it heightens one’s state of anxiety – especially when Renny showed a picture that was exactly the same as one of mine!

Talk two is at 1:00 and soon after David Culp and I wander off to visit the Amazon Spheres of which more in part three….

I am listening to to Also Sprach Zarathustra by Richard Strauss better known from Kubrick’s 2001:A Space Odyssey

Bladderwrack with beetroot and shuttlecocks

Electricity can surely be generated from a sliced onion.