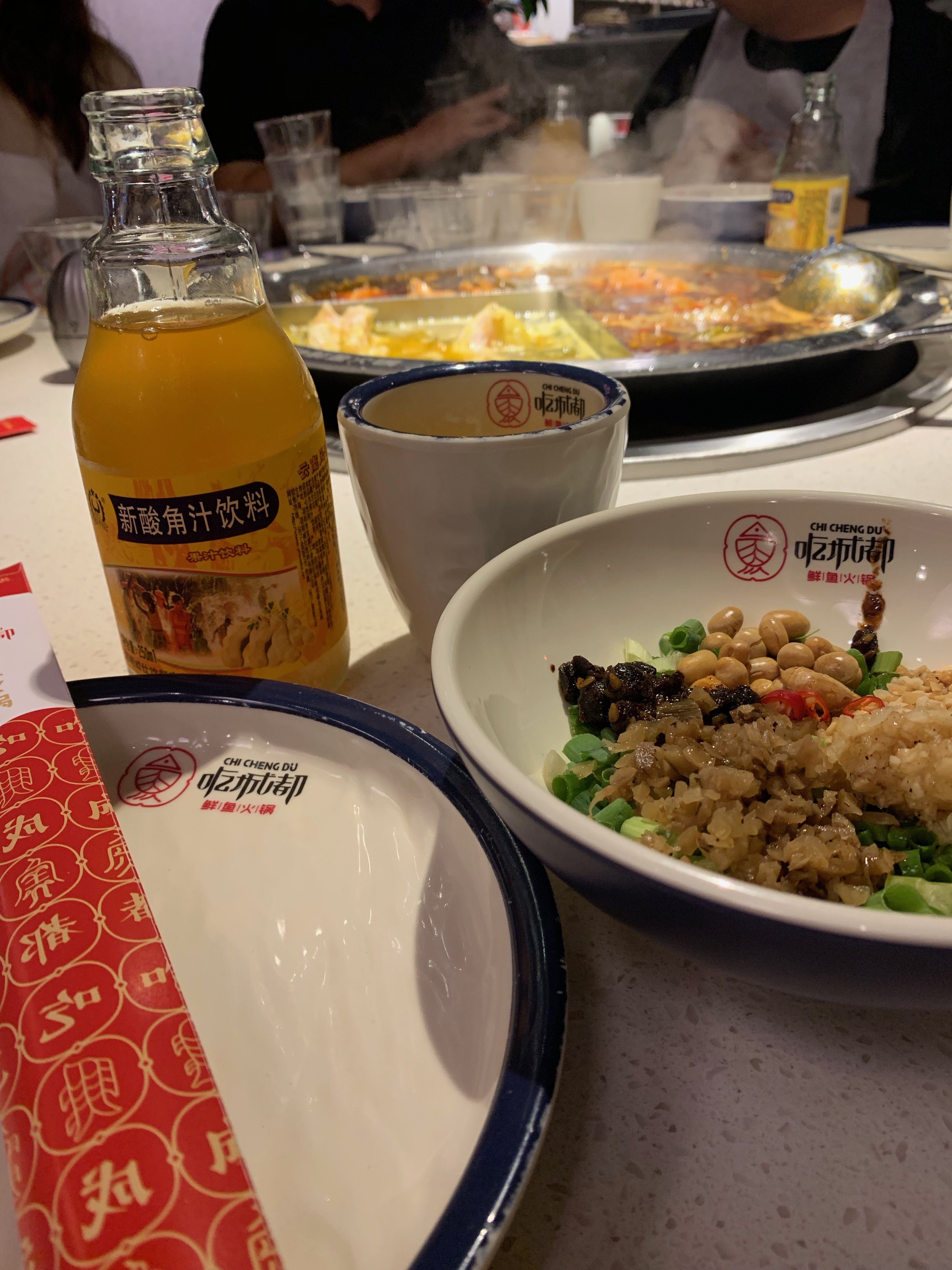 I said that I would write another blog about food and this seems like an excellent moment- in other words it is a moment when I really should be doing things of much greater importance. Blogs may not carry the same heft as they used to but they are still an excellent excuse for procrastination.

Anybody who has read my last blog (or follows me on social meeja) will know that I was in China recently swanning around a place called Chengdu. This is the capital of the Sichuan region and a place that sets great store by its gastronomy. You can eat different things in different places for months without repetition although there is one really strong thread that unites all this together and that is heat. Chengdu does not do bland. Everything is steeped in chilli or, at the very least the numbing punch of Szechuan pepper.

This is a brief run through the highlights…

One of the great privileges of going off to odd parts of the globe is enjoying the hospitality and discovering places and things that, was I on my own, I would never discover. I am there for six days and I need to eat so am whisked off to all sorts of interesting restaurants. My hosts are understandably very worried about my pallid English palate but I felt that I was carrying the pride of Britain on my shoulders and it was not only my pleasure but my duty to eat anything and everything that was put in front of me.

My first experience was dinner on day one when I got an idea of what I was in for – a bony freshwater fish that had been interred under a mound of finely chopped chilli. It was a baptism of (almost literally) fire although, once I was over the initial shock it was delicious. After that the fun kept coming – I could have had chilli drenched stuff for breakfast ion the hotel but decided to pace myself and stuck to bread and noodles.

The big speciality of the region is called a hot pot – banish any similarity to a Lancashire hotpot from your minds. This is a seething, roiling soup made mostly from chilli and a whole bucket full of Szechuan pepper. For those of you who have not experienced this particular pepper it’s unique quality is that it makes your mouth feel as if a crazed dentist has been allowed free rein with his anaesthetic. You tingle and are numb enough to have a tooth painlessly removed. The experience is more pleasant than it sounds.

Into this soup are dropped various bits of animal – some recognisable and some ingenious. Top of the weird list for today are strips of aorta and finely sliced kidney – you prod them around a bit until they are cooked and then pop the whole thing in in one. After about half an hour of this everybody is sweating profusely. There is a sort of inner circle in soup tureen which is very slightly less spicy – I confess that as we progress I dip more and more of my stuff in this, the wimps’ bit, rather than the main inferno. After all the meaty things we are offered a selection of green vegetables for dunking – this is presumably to satisfy those eager to tick off their five a day.

The cylindrical things are not for dunking they are slightly sweet doughnuts objects that are there for light relief.

later, we ate oysters roasted with garlic, divine pork and a delicious if disturbing soup containing chunks harvested from of the outer reaches of a chicken and bits of pig stomach which look and feel like a worn scooter tyre.

Although most of Chengdu is Spanky modern there is an historic core which is now mostly full of tourists. The surrounding streets are old style with lots of street food – rice doughnuts, a sort of iced jelly with nuts, what is described as “stinky tofu” in black or white (it lives up to its name), a sort of sandwich and bits of bony rabbit in a hot sauce.

accompanied by a dish of mushrooms and ginkgo fruit- which tastes a bit like a bean and a bit like a potato but with a kick of bitterness at the end.

Barbecue- which worldwide has been a traditional way to eat slightly dodgy things. Anybody who has ever eaten a Wrestler’s hot dog or hamburger will know what I mean. The dishonesty behind a processed meat product is that it hides its contents – in China those ingredients are on public display. Amongst the things available for barbecue are the nasal tendons of pigs and intestines (with which I am by now on very familiar terms). Not pretty in their raw form and not remarkable when cooked but at least honest.

We also have a Second Dinner which involves skewers of things – the Chinese like eating. This is Graeme, choosing stuff.

At my final lunch we are treated to a Cantonese speciality – a sort of fish surprise. It is remarkably free from either pepper or offal. Lurking at the bottom of that dish full of shellfish etc is a large fish. Nice surprise

I return to Britain eager for a slice of toast with marmite.

A speck of varnish on the Caesar salad

Reversing the caravan of Eccles Cakes

One Comment on “The oranges are cut into mathematically perfect quarters”