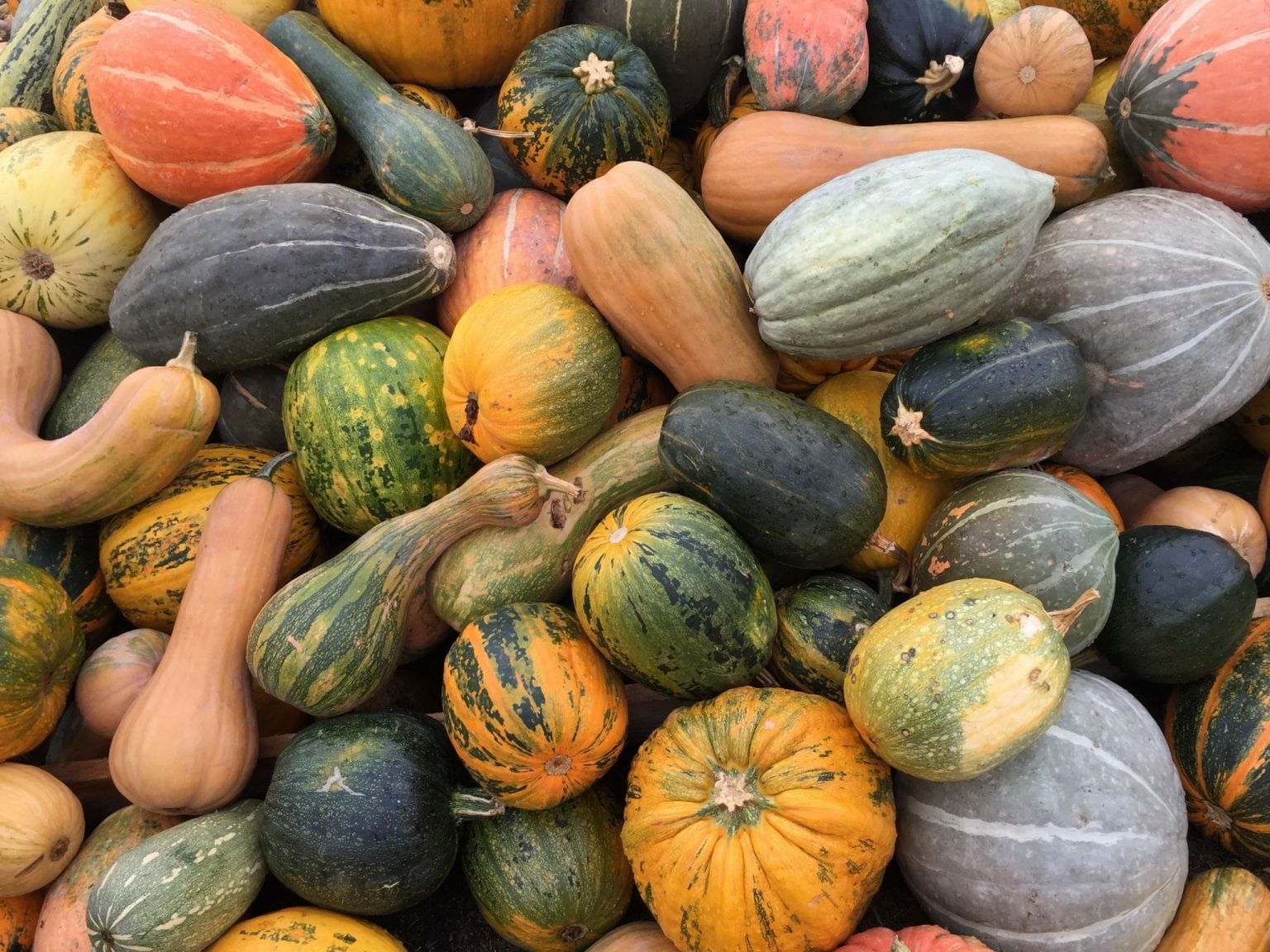 It is 2,505 kilometres from London to Moscow.

That is the sort of fact that might possibly be useful as a tie breaker in a fiendishly fought pub quiz. (i) However, for today it is the distance of my first leg of travel towards the city of Voronezh which is about six hundred miles south of Moscow. I am going there because they are having a flower show and have invited me to be a judge. I know absolutely nothing at all about what to expect or what is expected of me – although I think I have to do a 20 minute lecture about the Chelsea Flower Show at some point. I don’t really know why they are having a flower show or what form it will take. This is a plummet into a Russian horticultural abyss. It will undoubtedly be interesting.

Thursday
My lifebelt is stored under the central armrest and a nice stewardess called Anastasia has given me a glass of water and has thrust a copy of the Times into my lap.
“Do you speak Russian?” she says.
“Sadly, no” I reply
“Only English?” She says with a rising inflection of disapproval at my classically English lack of linguistic application. It is pathetic really that I (along with so many others from the English speaking world) speak no other language. My French is just adequate for survival provided that people speak slowly and without being too French about it. My German should be better – I was born there and lived there for a lot of my childhood – and that is about it. I got quite good at Spanish when I was in South America but have forgotten it all except Huevos. I have been going to Russia for the last four years and can only say Thank you. Not even “please may I have…”. We are very spoilt and Anastasia is right to disapprove.

19:30 (local time) I am sitting in Vnukovo airport waiting for Evgeny the interpreter to turn up. I am watching the travelling Russians. There are a number of girls with unfeasibly long legs and contrastingly short shorts. I would photograph them for you but am too old to get away with that sort of behaviour. Then there are a lot of quite lumpy middle aged people who bustle around with determined expressions. The transformation from sample A to sample B seems to be very sudden.
22:30 We are in an airport bus with rain battering on the roof and loud Russian pop music playing. It seems like a very long way to the aeroplane. You know the saying that everything in Russia is big? Not everything, this aeroplane is extremely small. They do give out boiled sweets though so it is not all bad.

Friday
Okay, we may not have slept much but we are off on a tour. First stop is the Russian Orthodox Cathedral (the third largest in Russia) where we are showed around by a priest called Constantine who spends the next hour or so talking about our immortal souls. We look at icons, genuflect to a box containing all (or part) of a long deceased saint and end up in the belfry where we are encouraged to ring bells. We do it very badly especially in comparison to Constantine’s efforts.

We then go to an art gallery and look at buildings from the bus. The problem with a smallish city that was flattened during the war (only 8% of the place was left undamaged) is that the guide is forced to repeat herself. ‘On your left is the office of the regional government which we passed earlier. This is a very nice building in the style of the 19th century. In this park is a very famous statue of a dog…” etc etc. It is nice when people are proud of their hometowns.
“We are sorry that you have only had three hours to look around our marvellous City. However, tomorrow we will have five more hours to look at the sights but, for now we must work’

And so the bus trundles us off to meet the governor’s wife and start judging.
We have judged. There are some gardens that are not at all bad but the most spectacular feature of the show is a village made of hay. There is a church, a windmill, animal pens ( with animals), swings, shops, food stalls, statues with scythes, etc etc. Quite remarkable.

11:30 That was quite a serious dinner. I have been coming here for a few years but this was a first. There was..
Smoked salmon, eel and sturgeon
Tongue, bits if cold pork and some other not immediately identifiable meat (with wonderful mustard that cleared the sinuses and flushed the spleen)
Pickled cucumber and garlic
Salted tomatoes
Four different sorts of cheese
Tomatoes, mozzarella and peppers
Pork
Sturgeon with apples
A soup that is slightly fermented and tastes a bit like flat coca cola with vegetables.
Veal
Pickled Fish
Salads (assorted)
Pancakes with red caviar
More pork
Tiramisu
Pancakes with chocolate sauce, cherries, almonds and ice cream
I may have left something out as I am lying on the floor panting with over digestion. There was also a lot of Vodka which I avoided.
There were five toasts and two speeches,

Saturday:
11:00 am The Governor has opened the show to much excitement among the populace. There were folk singers and dancers from every former Soviet country you can think of – Tajiks, Armenian drummers, Russian singers, Cossacks leaping around, small girls dressed as sunflowers, Uzbeks, small Georgians etc etc. it was all rather amazing. A very gnarly Russian called Vladimir with a walrus moustache and hands that seem custom made for strangling bears (he is the official in charge of hunting) is almost bursting with pride at the whole thing.

It is sad in a way that we do not have something similar. We have Morris Dancers but they are considered a joke rather than a source of national pride. Our folk singers are generally perceived as unnecessarily sandalled people singing in slightly nasal tones with a finger in their ear and their eyes shut. They do not tend fling themselves around belting out songs of love and patriotism. The Scots dance with verve, the Irish are the very Devils with a fiddle, the Welsh sing with a tear in their eyes but the English do not join in very often.

Perhaps our upper lips are too stiff.
Perhaps it is the secret to injecting some jazziness into Tatton Park.

12:00 I am dragged away before I can join in and disgrace myself to have a meeting with the Vice President of the region. This is what is described as “a meeting without ties” but in spite of the relaxed dress code it is frankly quite dull but enlivened by some interesting Russian biscuits.

15:00 We are put back on the bus and taken off sightseeing (personally I would rather watch more dancing). We visit a theatre and then a replica of the first Russian battleship – built by Peter the Great. We go to a park which is under construction but sadly our excursion is curtailed by the sun going down and the necessity to attend the gala.
The city of Veronezh is en fête. There is mass salsa dancing, a dancing fountain (that steadily leaks so that those standing close have to retreat to higher ground as the water floods the square – I have climbed a lamppost so am out of danger and can see properly) a light and laser show and very loud Tchaikovsky. We then stand around eating things until bed time…

Sunday:
It is the parks and gardens forum. All the assembled Europeans are expected to get up and deliver a lecture – the subject I am given is English parks and the Chelsea Flower Show. The problem with giving lectures abroad is that you have to pause in mid flow while the interpreter interprets which means that a 40 minute talk can easily turn into an 80 minute talk as it is said twice. We have lunch and then the others are whisked off to see a castle while I go to give feedback to the gardens. This is fun as they take even my sternest criticisms with enthusiasm and equanimity. People want to learn stuff.

We finish in time for more dancing – Irving Berlin from the city philharmonic and wild Azerbaijani whirling on one of the gardens.as they are muslims then any male and female skin contact is not to be encouraged so the girl floats elegantly around the floor while the men take turns to chase her, stamping and preening like cockerels. They never catch her – It is a pleasure to see.

Dinner is similar to last night with lots of excellent Russian food but more toasts. It is our last night together and emotions run high – and get higher as the vodka flows. There is a cellist and accordionist in attendance. At one point all the Russian women start singing a traditional love song – they do this spontaneously and without embarrassment. Then there are eleven toasts. This is a very Russian thing where everybody stops eating to listen and people are thanked and praised and thanked some more. It is all very charming but also means that your food gets cold, not forgetting that eleven toasts means eleven glasses of vodka for the unwary.

Bed at midnight. Taxi to the airport at 4:00am. Two flights (ii) Home by lunchtime.

I am listening to Here are Many Wild Animals by A Camp.

(i) Even though I very seldom go to pubs I am well worth inviting onto your quiz team as I have, completely by accident, picked up a lot of useless facts over the past decades. What you need to do ideally is to sign up Mark Diacono and I then your team will be almost unbeatable. If that ‘almost’ is not enough then I suggest that you expand your acquisition policy to include my wife – who is astoundingly good at Beating the Intro.

(ii) There was a fly in the cabin of the Moscow-London flight. I wonder what it would feel like to be a displaced fly. One minute you are zipping about settling on pickled fish and a few hours later you find yourself in the Uxbridge branch of Chicken Cottage. Very discombobulating I am sure.

3 Comments on “He pasted plangent posters on the palisade”