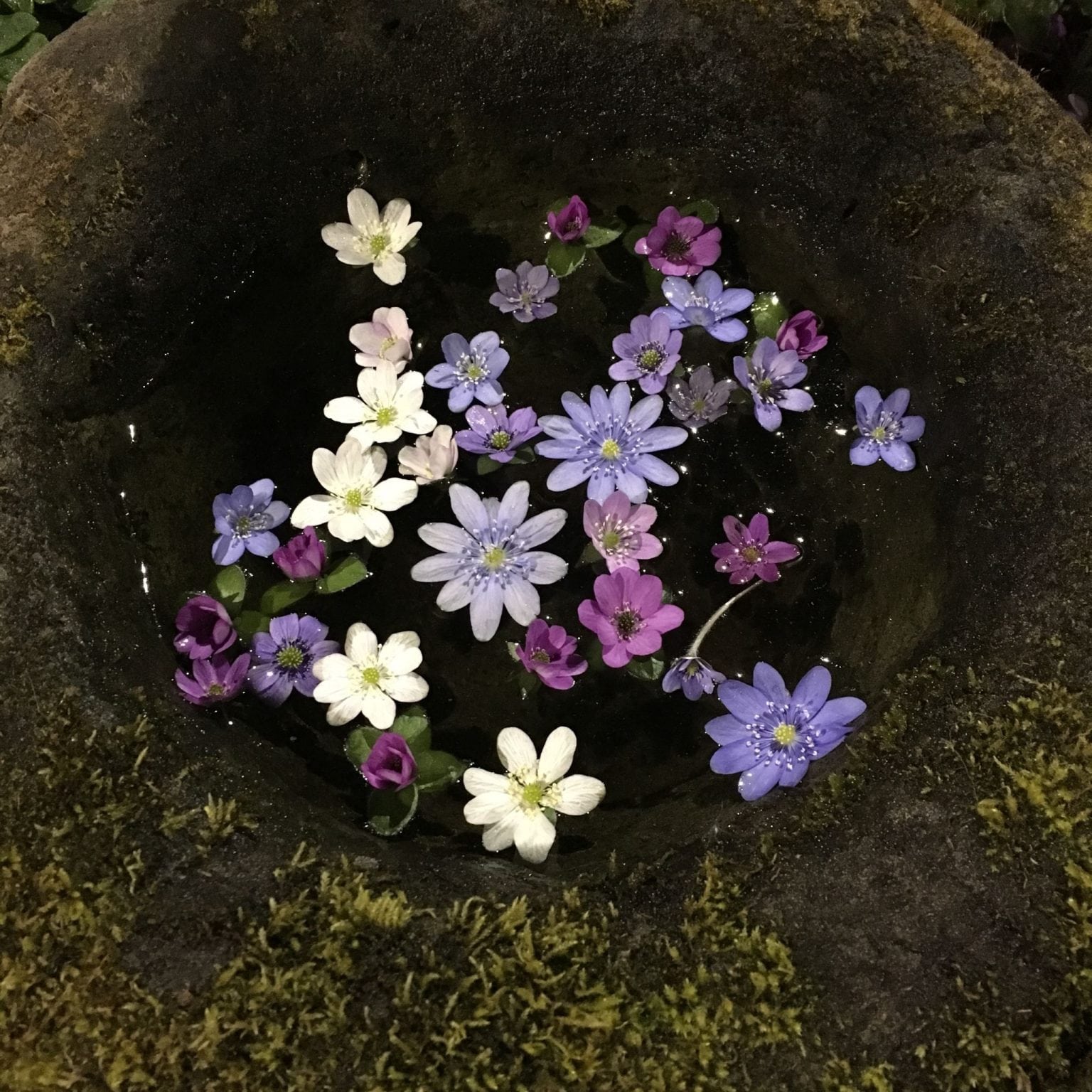 This is my Chelsea…

Saturday afternoon. Mooch around kissing people, chatting and looking at gardens. This takes some time but is generally very satisfactory. Out to eat noodles and then back to hotel.

Sunday morning. See above – there is an ulterior purpose to all this. I am not just there to hug people, you know. Apart from that being slightly unseemly in a man of my age I am there to prepare myself and get my eye in for garden judging tomorrow.
At midday we wander into a tent for sandwiches and the Presidential briefing. This is where members of council are told roughly what is expected of them over the next week – no public drunkenness, key messages and that sort of thing. We are also told which members of the Royal family are coming and to which one you have been assigned. Then there is more wandering and hugging before descending on the BBC enclosure for extra lunch and more chat.
Next I go off with Joe Swift and Sophie Raworth to do a short piece about garden selection. This happens on Jo Thompson’s garden and is frequently interrupted by helicopters, trolleys and random announcements. “We are looking for Mr Moby” must be code for something important as they really cannot be looking for the noted vegan 1990s dance music DJ.
I then go and get a haircut, change into a suit and return to give a tour to some potential major donors to the RHS.

Monday
Big day.
6.00 breakfast in the judging office before striding out for a jolly morning. Breakfast is a proper fry up.
Then we judge. It is warm (but not hot), there are disagreements, laughs, volte faces and compromises. There are fruit pastilles, conversations and the opportunity to  learn things. It was a very good morning and I think we got the right results.
Then there is the President’s lunch. This is quite spiffy with good food and a speech (by no less than Lord Montagu of Don). I am sitting next to Mary Berry which is always a plus.
Then I take the grands fromages from M&G on a tour of the show gardens before being snaffled by the BBC for another little snippet with Sophie Raworth.
I then go and find cake: this is a tea thing put on for committee members and is one of the best things about Chelsea. Little cakes and a cup of tea away from the hurly burly while the celebrities and journalists are given the heave ho out of the showground.
Then it is time for the Royal visit. I am in command of Prince Andrew (who is a bit tedious) and his daughters (who were delightful). They are whisked around the show flitting in and out of gardens and exhibits before being deposited in a tent with all the other Royals where there are canapés served in terrariums. I have a conversation with the Queen – who is very small- and another with the Dof E about barbecues and the meaning behind my tie – see below- which was stripey and, apparently, the sure sign of an architect. Quite surreal.
I leave and go to bed: the Royals are still going strong.

Tuesday
I have not really been looking forward to this day as this is the day when we have to go round and give feedback to the designers, AKA Punch James in the head day. However, with power comes responsibility etc etc. This is pretty straightforward if they got a Gold medal (or if they are Diarmuid who does not really care what we say) but requires a good deal of both tact and accuracy if anything other than Gold is involved. This is a pity and one of the imbalances I am determined to right before I get chucked off the judging panel.
Silver Gilt is not a failure: Gold should be the reward for flawlessness
Lunch is a cup of coffee and a small biscuit.
Feedback takes most of the day although I finally escape to go and have tea with Lord Alan of Titchmarsh in the Dorchester tea tent. This is an odd experience as we are entertaining a couple of competition winners and the tea is magnificent. Finger sandwiches and then some amazing cakes all served by a host of young men in full soup and fish (as PG Wodehouse used to say) In other words, white tie and evening tailcoats.
I then peeled off to be given the third degree by Monty and Joe in their eyrie high above main avenue. I have no problem with this but 2.5minutes is not nearly long enough to get things answered and explained.

Wednesday
Breakfast at 6.00. This involves (obviously) getting up very early and going to the RHS bit – which consists of a series f tents by the Royal Hospital Road. It is from here that judging and organising is coordinated. We (the RHS Garden curators*, sundry bleary eyed council members and perky fundraisers) hang around waiting for sufficient numbers and then take groups around the show for an hour. It is virtually empty except for the cleaning staff, the odd designer watering things and some photographers waiting for the right light.
We all then return for a decent breakfast – including one of those buffets which contain cheese and which nobody really eats. No sooner have they all started tucking in and enjoying themselves that I stand up and ask them for money to support the invaluable work of the RHS. Seems to work quite well: even if it makes some of them choke on their sausages.
I then went back to bed and then went shopping where I bought two pairs of jeans, a jacket and a raincoat. And we got a free pair of socks partly because I wore a tie from T. Burrows on television (I have about a dozen of their ties – see above) but mostly because my darling wife is a red hot bargain striker.
We return for Hayley’s Secret Garden Party which is always jolly. This time my children came which was lovely. The best bit is ending up in the floral marquee with absolutely nobody else there apart from a couple of security guards. It is peaceful and a great privilege to wander amongst plants as the light fades away.

Thursday
See above for the beginning of the day. I was supposed to go on television again but was bounced off by Johnny Ball (bounced: geddit?) talking about maths. My grade one CSE was not considered sufficient qualification for disentangling the Fibonacci sequence.
I also went to an exhibitors’ lunch – which is put on as a thank you to designers, nursery folk and tradestanders – and hosted a mini seminar for potential show garden sponsors.
Finally Joe and I did a turn at a sponsorship event for Horatio’s garden.
I do a lot of talking during Chelsea week.

Friday
Last day. No breakfast. Instead we launch the BBC Local Radio competition. There are four winners (well, three and a team of four) each of whom are designing a garden at Hampton Court guided by Ann Marie and I. God help them. We make a noise on Ann-Marie’s garden and the BBC record proceedings: it is an interesting idea which will be fun to see evolve.

Then we go home. There is nothing better than falling into one’s own bed after a week away: and being woken by birds and not buses.

I am listening to Sit Down, You’re Rockin’ the Boat from Guys and Dolls.

* The RHS Garden Curators are there all week and work unbelievably hard with ridiculously little sleep. And with the added encumbrance of alcohol. It is almost a tribal rite of passage.

“Bring me my sauciest wallaby” demanded the Lord High Vizier

The tardy bloggist limped through the gloom

2 Comments on “The Pifflehound was in a state of high alert.”