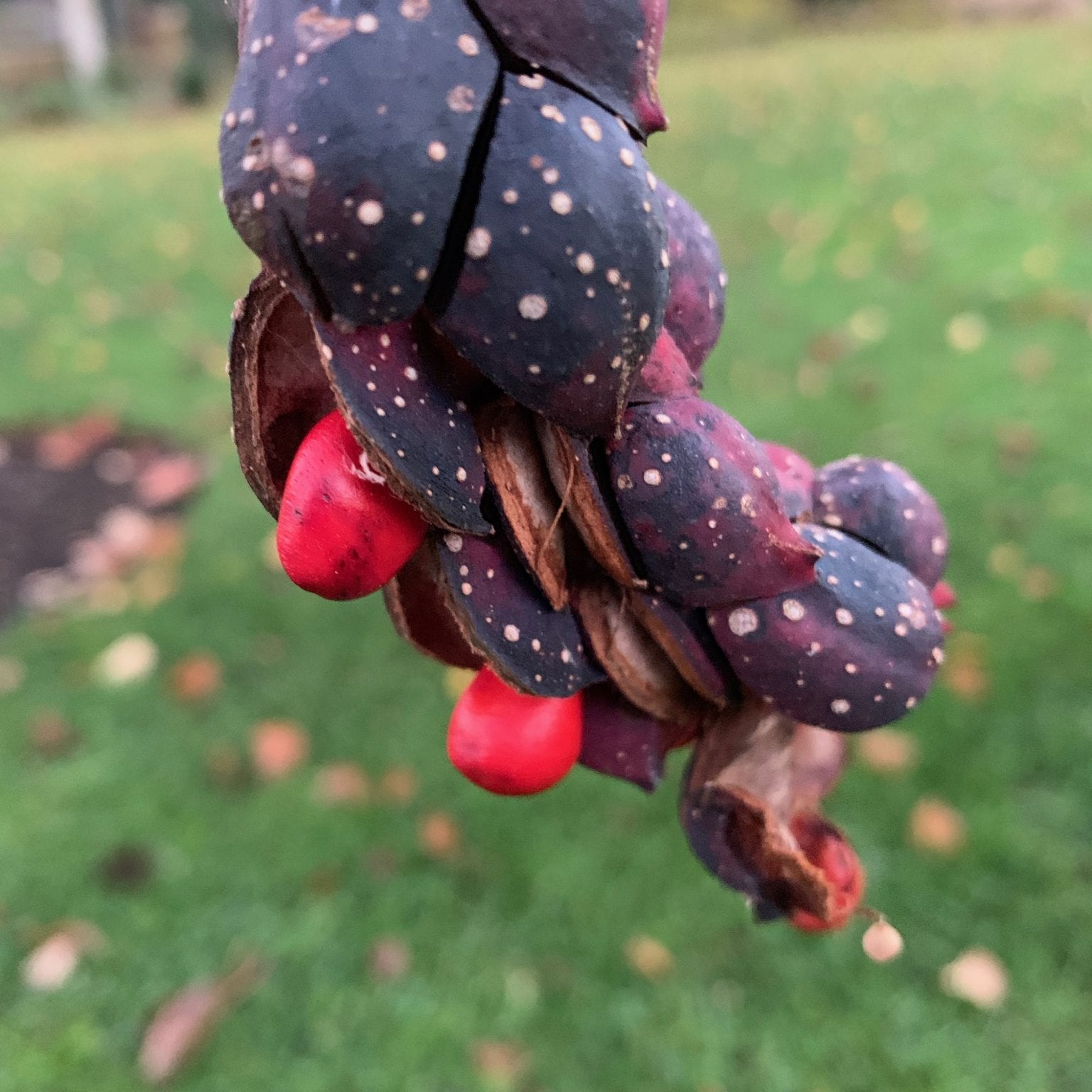 Not in a nerdy kind of a way – I did not even have s train set when I was a child preferring instead to opt for Scalextric. It was one of the two massive decisions I had to make before the age of eleven. I thought Scalextric was a more modern option: in reality it is quite dull as there are only so many times that you can race a car round a figure of eight without it becoming tedious. There was a knack to getting exactly the right amount of pressure on the throttle so that the car reached optimum speed without flying off the track. I remember the smell of burnt out electric motors very well.

Perhaps, had I chosen trains then I could have had fun making hillsides, cuttings and little trees out of sponge and might have discovered gardening earlier and thereby saved myself a shedload of trouble.

My other major childhood decision was whether to have a Secret Sam or a Johnny Seven for my 8th birthday. Both were guns: the Johnny Seven had seven weapons including a detachable pistol and a missile launcher. The Secret Sam was a suitcase which had a periscope, a hidden camera and a secret gun that shot bullets from the side of the case.
I chose the Secret Sam but was always torn when visiting friends who had Johnny Sevens.
The grass, as has been previously noted, is always greener.

Which brings me back to trains. I went to Harlow Carr this week (always a pleasure even though it has poured down with rain the last three times that I have visited. The question was do I drive or do I get a train? Hmmm…
The sensible decision was to get a train as that way I might be able to do something else like write or work or even sleep. This last was a particularly good idea as the evening before I had been giving a talk in Somerset to a delightful gardening group called Fagus * and had got home quite late.

A complicated itinerary was arranged involving an early train from Banbury, a change in Birmingham, another in Leeds and arrival in Harrogate in time for a meeting at eleven. However, as Rabbie Burns knew only too well, the best laid plans “gang aft agley” and the trains were arranged so I had time to get from one platform to another: all this went kaput before 6:30 in the morning when, for some unfathomable reason, train number one was thirteen minutes late so I then missed every connection. The only advantage of this was that I had time to get a cup of coffee in Birmingham. I do not like Birmingham New Street mostly because it is very confusing, especially when an elderly bloke is sprinting up stairs and across concourses. You have to go through one barrier and back through another and all the platforms occupy underground hangars – like cruise missiles. My final grumble is that all the trains have an annoying habit of coming in to the station and going out backwards so you think you are facing forwards when actually you are facing backwards.

I got to Harlow Carr eventually (an hour late) but the adventures were not yet over. My train home was supposed to be direct from York to Banbury but something else went wrong and we were all turfed out in Birmingham and had to run for another train that was then massively overstuffed – and delayed!. Not a good day for travel. Six trains: four delayed.

I have just realised that this blog is very, very boring so I will stop before I start grumbling about something else. I am listening, by accident rather than design, to the Spice Girls singing Stop (from their seminal second album Spice World).

*It was the third time I had been invited there (2010 and 2013) and they are always a jolly crew. The talk is given in the Methodist church which is big and technically well endowed. My subject, however, was Sex, Death and Gardening and it included a short film of Cleve West watering his greenhouse while in a state of complete undress. This went down well with the audience but seemed a little at odds with the religious surroundings. I am not sure whether the President of the Council of Methodist Bishops would approve of Cleve’s bottom in spite of the fact that it is undoubtedly a particularly fine specimen.

Stealthily, Leonora edged towards the mushroom.

2 Comments on ““There are no onions” exclaimed the chef “we must use deck quoits”.”