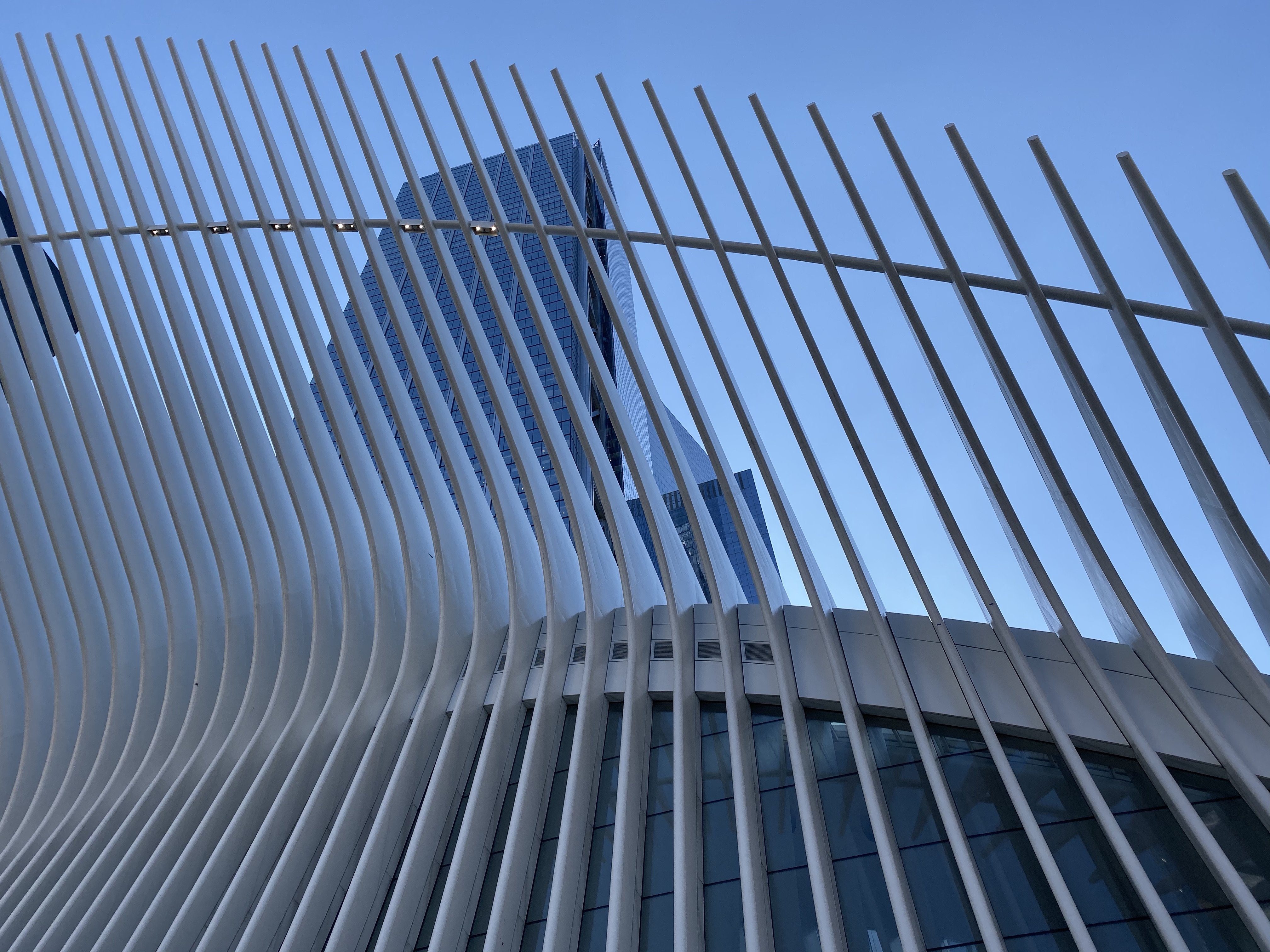 Part Three … in which we leave Pennsylvania and return to New York…..

I am then piled into a cab which takes me back to Wilmington station (via a very spirited conversation about British and American history with the cab driver) and from thence back into New York again.

Serendipitously this visit coincides with the opening of David Byrne’s show on Broadway. My clever brother has designed the lighting so we get great seats for the opening night. There are slebs – this is me failing totally to take a covert selfie of Maggie Gyllenhall as she edged to her seat in the row behind – we missed her completely and instead caught a bloke carrying her coat.. The show was fabulous. My sister George also flew over for the opening so we had the perfect storm of A-S siblings in one place at the same time which only happens about once every few years.

Day 6: Is a bit of a day off so off I go to the Brooklyn Bridge Park which is a fabulous place. I first became aware of its existence a couple of years ago when Joe Swift and I went to Canada to give some talks and to accidentally go fishing. There is a blog about it here.

One of the other speakers was a great woman called Rebecca McMakin who is the big cheese in Brooklyn and who showed us round. It was the most glorious New York day with gleaming azure skies and sparkling glass in the skyscrapers. The park is a delight: it is designed primarily as a habitat and since its inception a lot of different bird and insect species have returned to New York. It has lots of places for people to sit, hang out, walk and play sort but amongst them are swathes of wild planting (nothing is too tidy) and some excellent trees. It is built along the piers that were previously home to the Brooklyn Docks.

George and I walk back and are reunited with Robert half way across the Brooklyn Bridge. It is odd how we have all ended up looking scarily like our father.

We walk to Ground Zero as I have never seen the 9/11 Memorial – last time I was here it was a building site. It is – as you would expect – very moving and, as a piece of water engineering, both beautiful and very clever indeed. We lunch somewhere and go our separate ways – they are flying home, I have more adventures in store…

But before George disappears we blag our way into a delightful community garden on 6 and B – they pop up on vacant lots all around Manhattan are the closest we can find to a community garden/allotment plot. Lots of small beds planted and tended by families or individuals. It is tough growing as there is not much light but the individuality shines through. There is a small communal shelter and a children’s playhouse.

It isn’t going to win any prizes for neatness but it is treasured and appreciated and that is enough. I like the fact that on the list of things banned from the compost heap are both Wigs and Cheese.

The extra picture is of the Oculus which, though architecturally spectacular, is a cross between a tube station and Westfield Shopping Centre.

The toucan showed off his quickstep

The cockerel did not stop moving to the funky, funky beat